Hot Bird Evokes Mythical “Perfect Fried Chicken” of the Past 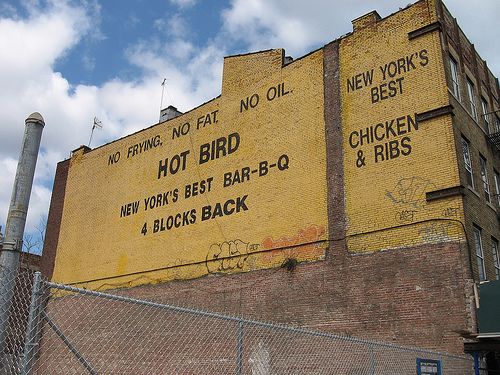 The faded advertisements (“Hot Bird: No Frying, No Fat, No Oil, New York’s Best BarBQ Four Blocks Back”) are still arresting and spark the imagination, as noted in this account of Hot Bird from a visitor who wasn’t aware that the original Hot Bird is long closed: “I couldn’t find any Hot Bird, and the vegetarian sitting in the bucket seat next to me got impatient …”

Photos of Prospect Heights First Snow of the Winter 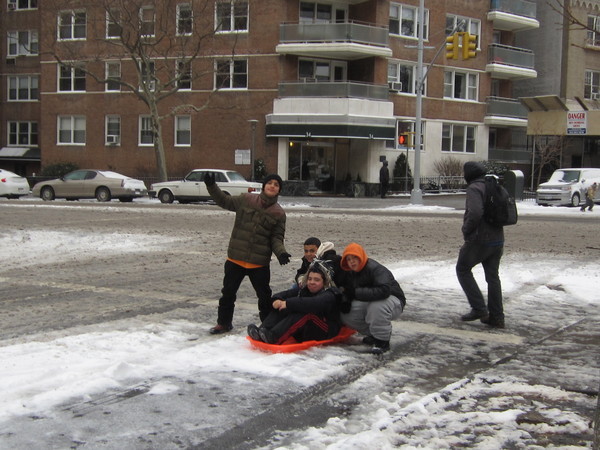 Winter has been here a month, and Prospect Heights (and all Brooklyn) just got a real snowfall. These folks were trying to sled in Grand Army Plaza. More photos at the link below.

This fall, artisanal pizza place Franny’s will take over the former Blockbuster Video space just a few doors down at 348 Flatbush Avenue in Prospect Heights, between Sterling Place and Eighth Avenue. The owners of Franny’s plan to turn the current site, 295 Flatbush Avenue, into an Italian restaurant by spring 2013. Franny’s is quite possibly becoming the most renowned restaurant in Prospect Heights; it got named the eighth best pizza in New York this year by Zagat, among other honors.

Isaac Allegedly Claims He Almost Got Away with Murder 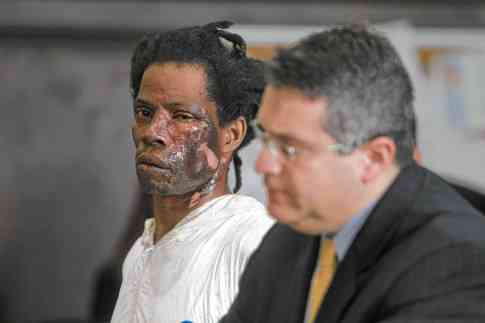 Gothamist reports today on Jerome Isaac, who allegedly confessed to burning 73-year-old Deloris Gillespie alive in a Prospect Heights elevator in the building at 203 Underhill Avenue. At the time of his arrest, Isaac allegedly boasted that police never would have caught him if he hadn’t turned himself in: “If the video wasn’t there, you would still be looking for me,” he was quoted as saying. So I guess he thinks his half-burned face wouldn’t have been an obvious giveaway?

Isaac is being held without bail due to the flight risk. Police say he clearly confessed to the crime, but it looks like he has pleaded “not guilty” to the charge of first-degree murder. Maybe a lawyer can explain the logic behind that?

Mulcahey just got robbed and beaten with a metal cane in front of his house on Bergen Street between Classon and Grand coming home from work on Wednesday morning, about 2:30 AM:

As I approached, I realized that these were not my familiar neighborhood lushes (who are in their 40’s). These guys appeared to be in their early 20’s, or maybe late teens. As I walked past them, I noticed that one had a metal cane, which instantly raised my suspicions. Then, across the street, I saw two more guys, one wearing a face mask…

… one kid ran up behind me. “Don’t say anything,” he said, motioning with his hand in his coat pocket, “I’ve got a gun.”

END_OF_DOCUMENT_TOKEN_TO_BE_REPLACED 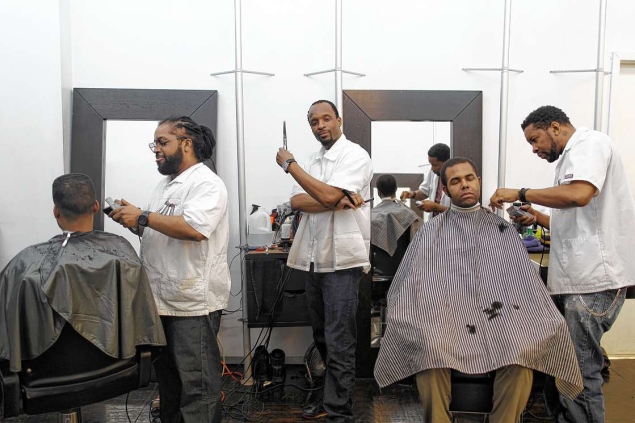 The Experience Unisex Salon (740 Franklin Ave.) is back in the news with this profile that says the Crown Heights barber shop is open as late as 5 a.m. on busy weekends to accommodate men who work erratic hours, including construction workers, bartenders, and correction officers. They interview co-owner Khalil Wright, who claims to have customers coming from as far away as New Jersey to get a late-night cut.

There are two stylists who do women’s hair, but they are typically gone before the late night shift. Barber Erik Ryan works on men’s hair “until the money stops,” he told the Daily News.

594 Dean Street is for Sale 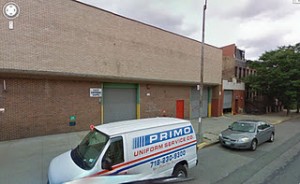 Atlantic Yards Report just posted a comprehensive .  Just (between Carlton and Vanderbilt Aves) is 64,000+ sq. ft. and is smack in the middle of a residential area, though the realtor lists its “neighbors” as Nets Arena, Barclays Arena, Atlantic Terminal, Atlantic Yards, and Atlantic Center. While the broker is saying that it’s a good site for high-density residential development, it’s got 140 linear feat of frontage that looks like it would support retail geared toward arena-goers, as this rendering of 594 Dean Street suggests. They even helpfully suggest an upscale name for the development: “The Warehouse at Dean.” According to Atlantic Yards Report, a broker previously had this property listed for $5 million. Emily posted this flyer of Bubu, the cat of murder victim Deloris Gillespie. “I was in Joyce this afternoon and saw someone hanging up this sign. Thought it could use a signal boost. It looks like a lovely cat.”

Last month, Deloris Gillespie was burned alive in the elevator of her apartment building on St. John’s Place. She left behind a grieving family, and many sad neighbors in Prospect Heights who counted on her kindness. And now, we find out she left behind this beautiful steel grey cat, who apparently has been living in Gillespie’s apartment.

Wow. It’s not often that a coffee shop flyer merits a double or triple take. This really brings the tragedy back to PH in a very personal way. The more news coverage her death got, the more it felt like an abstract national news story, distant and removed from Prospect Heights.

Can you help this cat find a home? Recommended in Crown Heights: Get a 5 a.m. Haircut at the Experience Unisex Salon

Via NY Daily News: “Brooklyn barbers work the hardest. Khalil Wright cuts hair till 1 am at The Experience Unisex Salon on Franklin Ave. in Crown Heights. Wright’s midnight styles go for about $20. If the shop is very busy, Wright stays till 5am.”

This place is quite a social hub, judging from their myspace page (yes, those still exist). Check out the multi photo albums: